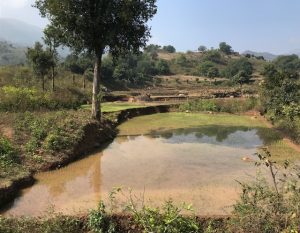 Satabi is the name given to a cluster of  villages tucked in the crevices of mountainous east-central India. Inhabited by the Dora tribes, these villages still maintain the customs and practices of a centuries ago. Untouched by civilization and highly dependent on the surrounding forest, these tribesmen are independent, self-sufficient, and loyal.

Modern health care services have not yet reached most of these villages, while electricity is slowly infiltrating. Roads are absent in most places. Hunting and farming on small strips of land, cleared from forests, is still the primary vocation of men in these communities. Equally as industrious, women often bear tattoo marks on their faces and are fearless providers for their families.

The Satabi villages are known as dangerous places, filled with murder, violence, and injustice. Appaswamy, one of the elders of 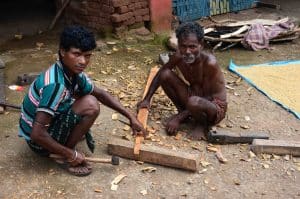 the tribe, said, “We were plagued with killings. There was no year when several murders were not committed by our men. One village would kill others or sometimes even their own.”

The killing happened for nearly any reason. Trespassing the village laws or quarrelling with a neighboring tribe or even a minor bout of jealousy could lead to murder, sometimes resulting in the deaths of multiple family members. 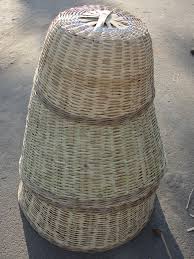 A young man said, “We were plagued by the demons of death.” There was a time when enemies trapped by Dora tribesmen would be slaughtered, then kept in a big basket, woven with bamboo strips. These baskets served as gruesome reminders of the wrath and cruelty of the Satabi villagers. “Even demons feared us,” said another man with a sharp axe in his hands.

“But this was before the footprints of the gospel entered our village,” reminded Appaswamy with a smile.

Appasawamy was one of the first villagers to learn about the Gospel. He had married as a young boy, as in the Dora culture, a boy as young as fifteen or sixteen is married off, often to an older girl. However, after several years of marriage, Appasawany could not have children. He married again, as polygamy is permitted in the Dora tribe culture. “However, my second wife could not conceive,” he said. This brought considerable shame on his manhood.

“I went to every temple, did every possible sacrifice, eventually, even going to the ‘healing man with the knife that heals,'” said Appaswamy, referring to a physician in a nearby city who inspected his wives, but nothing changed.

Humiliated, with no children and no answers, Appasawmy went to visit the nearby village market, when he encountered an IET evangelist. He came to Appasawmy and said, “You look tired, young friend. What is the matter?” The two talked for several hours 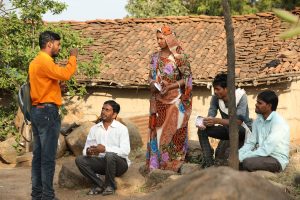 and the evangelist shared about the Lord Jesus Christ. Appaswamy asked, “What can your God offer that mine cannot?” The evangelist replied,” A peace that passes all understanding.” Curious, Appaswamy began to trek to the nearby IET church, about two hours away on foot, through mountain trails.

After several months, Appasawmy was visiting the church one day, when he met a tall man who was speaking from the Word of God. P.G. Vargis, the IET founder, was visiting these villages, conducting an open meeting. Several hundred had gathered. Appaswamy, too, sat in a corner listening to the Word of Life. “My heart was deeply moved. I bent my head that evening and decided to follow Jesus Christ. And, as I was told, a peace that passeth all understanding immediately engulfed me.”

Appaswamy trekked back to his village in the mountains. His heart was light, and there was a song in his heart. He began to be discipled by the IET pastor. Soon, his transformation was noted by other villagers. Appaswamy was no longer filled with rage and hopelessness. And, to everyone’s surprise, that very year, he had a beautiful daughter. Appaswamy remarked, “My Lord was enough for me. But he decided to be gracious and also bless me with a child. Praise to be our God and Lord.” 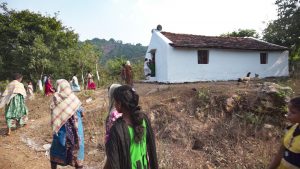 As the villagers began to see the transformation in Appasawmy’s life and the presence of God uplifting him, they started inquiring about the “God to whom you now offer your worship.” The IET evangelist began trekking to the villages, and peoples’ hearts were open to receive the Gospel. Soon, a congregation of more than 150 believers was planted in this once unreached village.

These believers are now bringing the gospel to other villages in the Satabi cluster. Gangaraj, the pastor of these Satabi villages, said, “We have village churches in each of these Satabi villages. The central church is in the village of Appaswamy. And, God is transforming these villages. The peace of the gospel that penetrated the life of Appaswamy has now flowed into each of the villages of the Satabi mountains.” 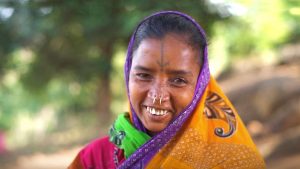 Appaswamy nodded, adding, “We have had no murder in our villages for the last several years. The most dangerous villages in this state are now the most peaceful.” He credits the gospel of the Lord for the transformation of these villages. The police could not control them, and the government could not change stop the people. Only the gospel could transform the Satabi from within.

WILL YOU HELP BUILD A VILLAGE CHURCH? 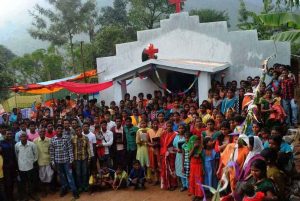 Every year, IET plants several hundreds of churches in remote villages, among unreached tribes like the Dora. Once a congregation forms, it is crucial to provide a space for new believers to meet.

A church building creates a feeling of stability and community, allowing for proper recognition and respect in each village. It’s a place for teaching and training, as well as for events such as weddings and funerals, that provides protection from religious persuasion. IET church plants show rapid growth during their first few months in operation, and tribal huts can’t accommodate for large numbers of people. Additionally, meeting in open areas is not possible for almost half the year, especially during long monsoon seasons, winters, and scorching summers. So, the need to a stable structure is crucial for the sustainability of the church and for financial self-sufficiency.

We are currently looking to raise funds for believers like Appaswamy to have a place of safety, celebration, and community. We have a critical window of time to construct new churches, due to growing religious persecution and legal restriction being placed. It will cost about $ 2000 to build one simple church building in a village. Please consider giving towards our church building fund to support new congregations in the villages of south Asia.