Healing in the Time of Coronavirus 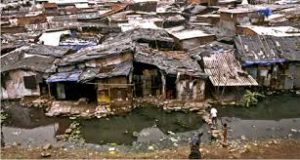 When the lockdown was announced in March and Coronavirus began to spread, I was asked by many to shut down our medical clinic for my safety and that of our medical team. As a physician near the slums of Delhi, I realized it would be wise to shut down the medical work. We serve a large number of the poor, slum dwellers, children at risk, and migrants who come from remote villages.  A significant percentage of our patients are females, most of whom are culturally more comfortable with a female physician.

India’s healthcare system consists of both private and public components. Private health care represents about 58% of hospitals and 81% of doctors. More than 70% of the urban population and more than 60% of the rural population depend on private doctors, most of whom live in towns and cities. Once the lockdown began, most of the private  clinics in India shut down or refused to see any patients for their own protection, lack of protective gear, and fear of the government sealing off the entire hospital, if even one staff member would get infected. 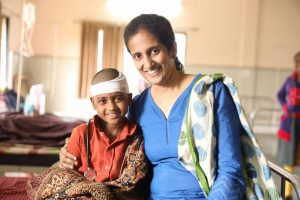 As far as we could tell, if we were to stay open, we would be the only clinic for several hundreds of thousands of vulnerable people. Many of them would be facing hunger and to not have a healthcare provider would bring unimaginable suffering. Doctors were also facing danger, as members of the public were assaulting and spitting on them, fearful of catching the virus from exposed health care workers.

DO WE STAY OPEN?

As I prayed with my team of medical missionaries at Compelled (IET), we very quickly and clearly felt that our Lord would be walking amongst the poor and sick, administering his healing touch. He wanted us to be his agents of healing through medicine, prayer, and love. So, despite significant danger, we decided to serve the people. One of our nurses said, “My daughter is nine years old, but I am okay facing death while serving my Lord, my God.”

Initially, we were quite concerned about the lack of protective gear, as we faced the prospect of continuing to serve patients. However, because of the generosity of one of our friends in the U.S., we were able to procure masks, gloves, and head coverings for everyone on our team. One of our friends in New Delhi used empty plastic bottles to make face shields for 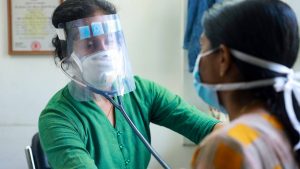 us. As temperatures crossed hundred degrees, we were constantly sweating, but filled with greater peace of mind, wearing protective gear to ward off contagion.

AN ORPHAN’S THANK YOU!

Reena, a teenager, visited us at the Clinic recently. She was suffering from a high fever for the last several days. She was afraid to 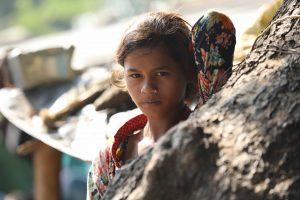 go to the government hospital because of the extensive wait times and the possibility of being quarantined in a cramped room, anxiously awaiting her test results. It was too high of a price to pay, as her parents had died a few years ago, and she had seven other siblings under her care. Reena told us her family lived in a 120 square feet room. She washed dishes and clothes for neighbors, earning less than $4 a day.  This stopped with lockdown.

In her feverish state, Reena walked forty-five minutes to our clinic. Her journey took her past areas inhabited by more than half a million people, but not a single hospital was open. She was dead tired when I saw her. I asked her to rest in our clinic, while I proceeded to administer blood tests in our laboratory. She was afraid that she had Coronavirus, yet her symptoms did not mirror those typical of COVID-19. When the tests came back, it was confirmed that she had typhoid. She then confessed that she and her seven siblings did not have enough to eat. We gave her proper medicine, as well as a supply of rice and lentils from the relief materials Compelled (IET) prepared. When we brought her back home in an ambulance, her lips quivered, and eyes were moist as she lifted her hands to her heart in gratitude.

In the First 65 days of complete lockdown, we have cared for more than 2,300 patients in person, over the phone, or via 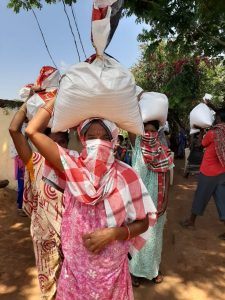 WhatsApp to provide medical care for our missionaries and others from Nepal, Bhutan, and India who would otherwise have no access to a doctor. We’ve also been able to provide encouragement and hygiene education to several thousands more. Additionally, our clinic has distributed food and hygiene kits to about 160 families facing starvation during this time.

A friend asked, “Were you scared during this time?” Absolutely, I was! I did my utmost to take proper precautions, showering in a bathroom outside my home and washing my clothes each day before I entered my home as well. I used hand sanitizer constantly, yet I knew there were no guarantees. I was and am still fearful of getting sick and passing the virus to my children. I was also scared of possible attacks, but I also knew that God has called us to serve Him and our lives are not our own. We belong to Him.

A spirit of Christ-like servitude is clear in Philippians 2:6-8: “Who (Jesus), being in very nature God, did not consider equality with God something to be used to his own advantage; rather, he made himself nothing by taking the very nature of a servant, being made in human likeness. And being found in appearance as a man, he humbled himself by becoming obedient to death—even death on a cross!” We are His servants. If Jesus, the son of God, was humbled by becoming obedient, we, too, are called to a life of obedience!

BOY FROM THE SLUM 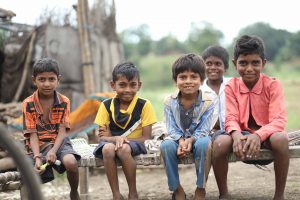 A young boy from the nearby slum came to my clinic recently. He was about 13 years old, and his body was frail and eyes sunken. He pressed one hand over his stomach, motioning with the other hand, indicating he needed food. He then told me that he was a rag picker, who looked for scrap metal and plastic bottles in the stinking garbage dumps and sold them for meagre earnings. However, under lockdown, there was nothing in the trash dump and no shops were open for him to sell. He had not eaten for the last three days. We gave him a grocery kit to take back to his family in the slum. We also gave him a mask and taught him to wash his hands. I am glad that all of us have opportunities like this to be ministers of His healing through the power of medicine, prayer, and love.

Thank you for your love, for your prayers and  for your support. 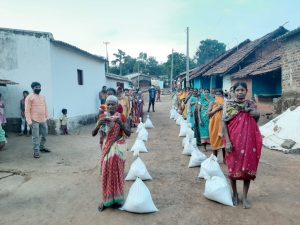 We have a continuing opportunity to provide food kits for very poor families, suffering without food or starving. A kit will contain rice, lentils or beans, salt, oil, tea powder, sugar, wheat flour, and tofu.