Our King and our Kingdom 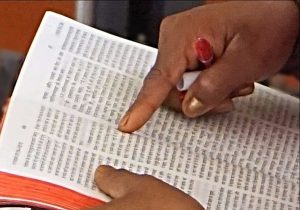 Peter writes to the scattered believers, “… God is protecting you by His power …” (1 Peter 1:5)

In ancient times, a person could have a powerful patron to protect them. A village usually had a chief or a Lord as their protector. The Roman empire, once established, took upon itself the role of a guardian for its people. The empire provided the assurance of protection through its military might. It also provided order and stability within the empire in case of any disturbances within its city states. In such a context, Peter reminds the scattered believers that we may not have any patrons or protectors to rely upon. In fact, the empire of this world is often the enemy of the followers of Christ. We are foreigners in this world. However, Peter shifts our worldview and reminds us that we do have a protector, a true Lord. Our security lies not in the empires of this world but in the King Jesus Christ, whose kingdom never ends.

I was recently in a small village, visiting a tiny group of believers who were surrounded by a cluster of villages hostile to their Christian faith. Many of these believers had suffered persecution. The chief of the village had refused access to the lake, so the Christians could not water their crops. If there was no water, the crops would fail. As a result, these Christians would not have any grain to feed themselves or their families for the next six months. They were fully dependant on the crops grown in their small land holding.

In fact, a few days before I was with these believers, to strengthen and pray with them,

several sisters were threatened with violence. The small group of believers were ostracized by the entire village. The Christians had been even refused access to the drinking water source, and they had to now walk a distance to fetch water from a faraway stream. I expected them to be filled with fear, afraid of pending hunger, threat of violence, and shame. But instead, I was amazed to witness their faith and strength. One of the men, at the end of our time in prayer, stood up and announced, “We trust in God! We trust in our Lord Yeeshu!”